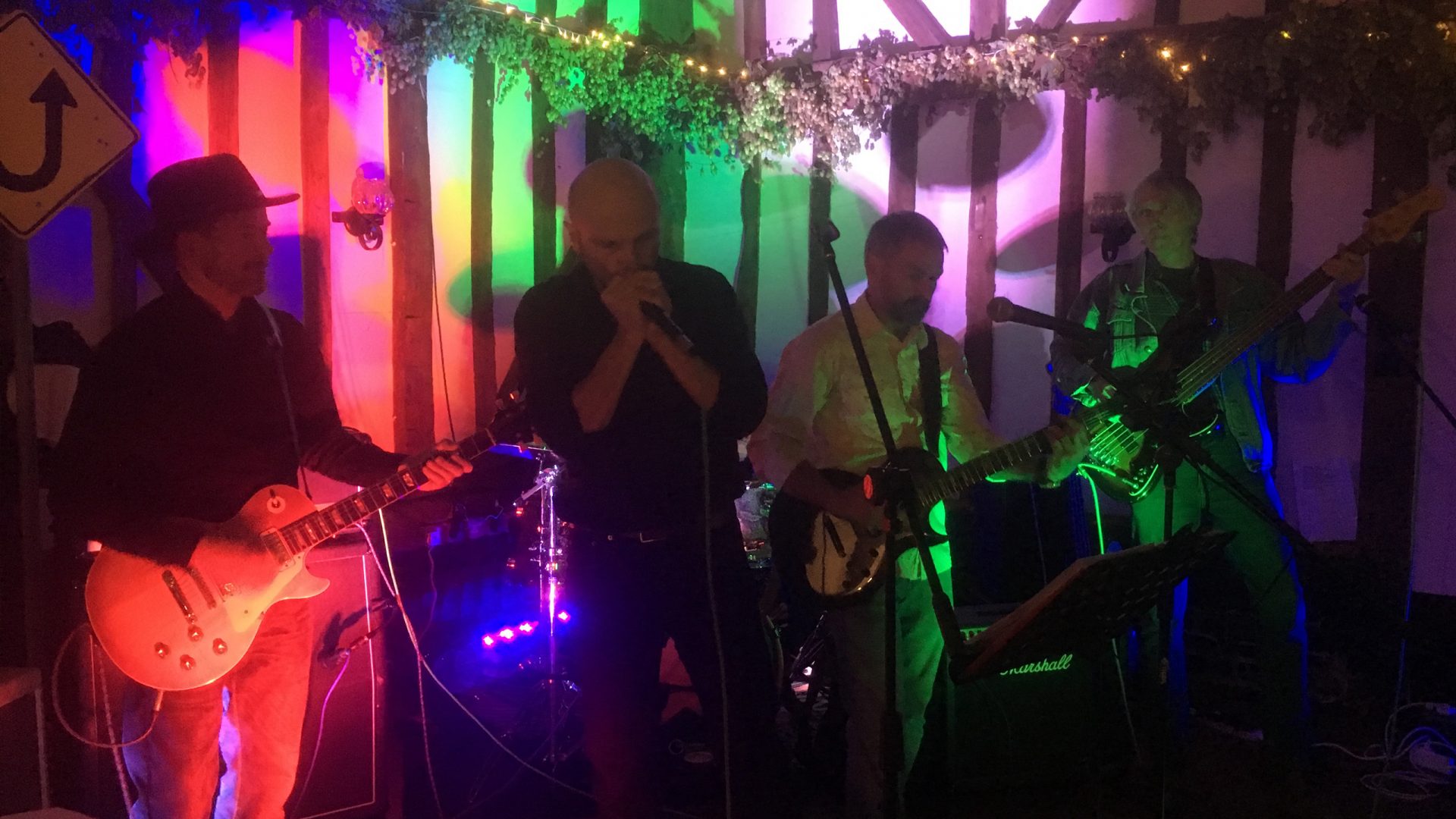 GIG: U-Turn @ The Plough in Leigh

Playing in a stunning barn at a Charity music night

We played at The Plough at Leigh in their impressive barn for a charity music night in support of Chasing Connor’s Cure charity.

We were asked at very short notice to play by organiser Lucy Barber of The Expandables – we’d been on the same bill before at another charity event, so U-Turn seemed worth asking! They were in desperate need of a band, so we agreed and managed to get a line up together with less that 24 hours to go – thanks to Paul Whitehead stepping in on drums to make his debut. Paul’s a regular at Jam @TheGun so already had played most of the songs.

Lucy joined in with some of our songs, so got to play after all, and we had a lot of fun playing together.

Half Moon Panic were headlining and very kindly agreed to lend us their gear to cut down on hassle and change over time. They are a local three piece blues/rock band comprising of Taj Mian on guitar, Russ Stevens on drums and Gerard Jacques on vocals/bass. They played an excellent set for about two hours – worth a look if you see them playing locally.

All in all it was a good night for the charity and we were happy to help out and make it happen.

Chasing Connor’s Cure
The Plough at Leigh
Half Moon Panic