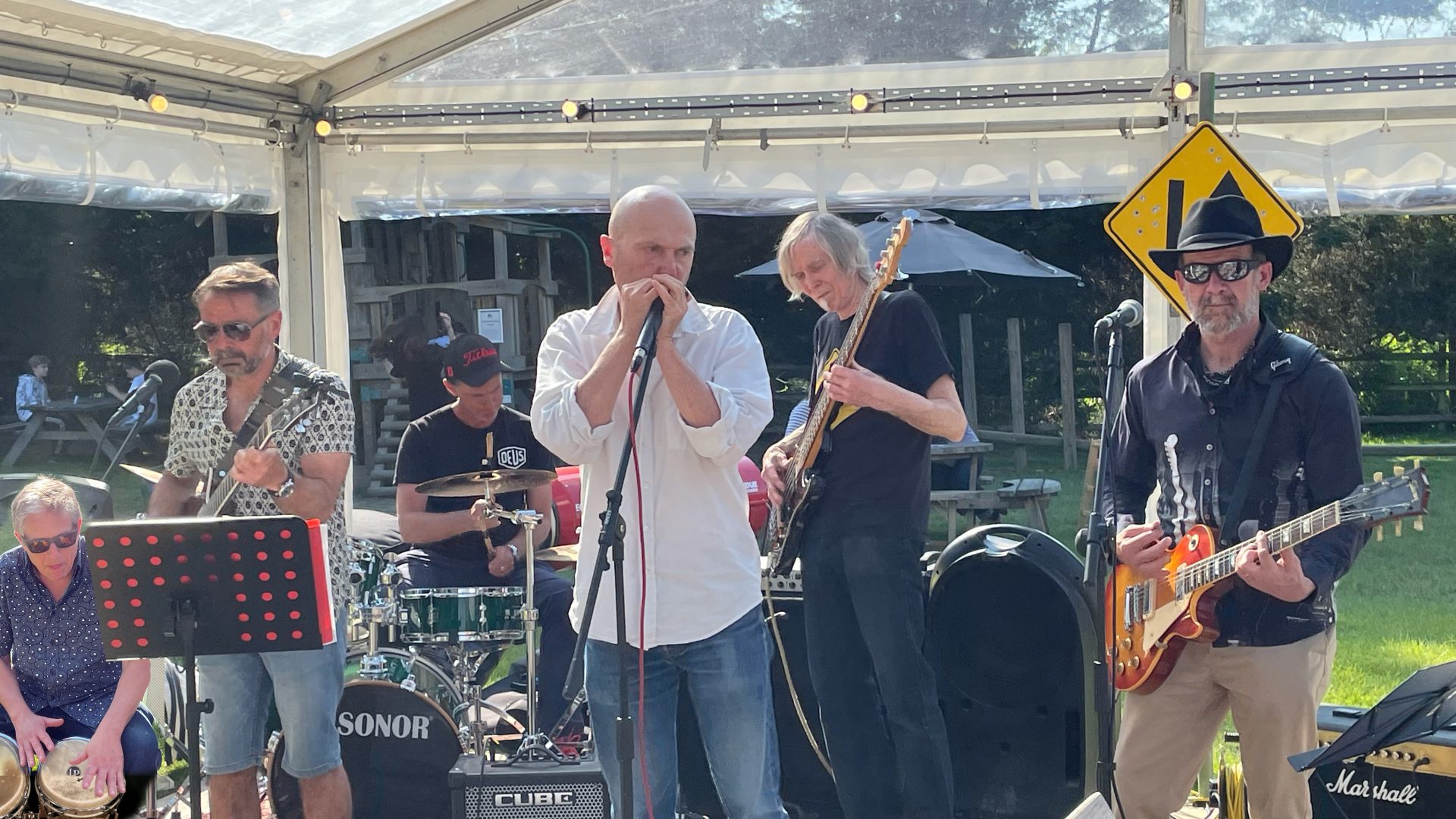 Your guide to U-Turn band members

U-Turn have core members and a variety of regulars who play in the band. We often feature special guests to add some spice to our gigs whenever appropriate and possible.

Co-Founder of U-Turn. Plays lead guitar on a Gibson Les Paul Deluxe and rocked out with the Queen (Private Secretary: please use Facebook for any Honours enquries). Gave up his childhood dream of becoming CEO at Google to form U-Turn – that's serious commitment!

Co-Founder of U-Turn. Vocals and rhythm guitar on a Fender Jazzmaster guitar. Once auditioned with Neil Morrissey for a children's song he was working on. No joy but got some free colourful workwear for his efforts.

Regular with U-Turn and provider of "something a bit funky" on his Fender bass! Please note before booking: Pete's spectacular mode of transport to gigs "The Mothership" has had to be retired due to emissions, rising fuel costs and cost of gigging crisis. However, it has been substituted for a Volvo estate to retain some sense of theatre.

Rob's blues harp brings us some sweet sounds with additional songs, guitar and bass. Always on hand for that last minute technical hitch! During the Jubilee, Rob perfected using his harp on a long lead for quick crowd dispersal. Please bear that in mind if your booking contains a crowd control element.

Powerful beats and driving rhythms are Pete's speciality on his Sonor kit. Often described in the press, including the Birmingham Mail, as being "like some new romantic looking for the TV sound", we think Pete's found it!

Dan brings his funky percussion and backing vocals to the party. Joined in 2021 having run out of excuses not to join! Regular with latin band Salsadelic and founder of Evans 17 80s electronic tribute band. You may give in to the temptation to check them out!

Vocalist and occasional reluctant guitarist! Plays blues harp for most of our blues numbers. Being what is best describe as a "true nature's child" but less hirsute, he's simply Bald to be Wild! Please note: Any foot, ankle or leg pains developed by dancers at our gigs are swiftly dealt with by Tim – complementary of course!.

Stevie finally realised his childhood dream of becoming a member of U-Turn! After shaking off the initial excitement, he composed himself to bring us some sweet and mellow guitar licks and rhythms. Did you know Stevie's the founder of S Large 7 tribute band? ...you didn't did you?!!!

Another regular @TheGun, Paul stood in for our first gig in 2022 at The Bedford. Paul brings power and rhythm to U-Turn and slots in perfectly as he's played with Pete B a lot. Always plays with a smile and likes an occasional Jagermeister! ...no connection as far as we know!

Del likes keeping it simple and steady on his lovely Gretsch kit! He first started playing drums so he could punctuate his joke punch lines with a "badum tish".

Bass guitar and bass ukulele specialist laying down a rich steady beat. Epiphone bass and a double bass for Rockabilly or jazzy vibe.

Jim has jammed with us at The Gun for years but has only just opened up his U-Turn account in January 2022, due to contractual issues and unrealistic riders such as ZZ Top beard supply. Founder of the Jim E Cooper Experience tribute band.

Young Will – not to be confused with the 2002 Pop Idol winner and no relation to John – has been regular at our jam, and was so able to join us in the marquee at his home festival in Horsmonden with a solid beat!

Jam Night regular Steve debuted for us at Horsmonden Cricket Club on his rather smart drum kit. Get the polish out! Steve is also a member of Horsmonden Ukulele Big Band HUBB.

Occasional Jammer @TheGun, Callum joined us at The Potting Shed in Langley in August 2021 for his debut. Thanks for doing a great job with your Ludwig kit!

Lucy joined us a Charity Music Night she helped organise and has sung with us at quite a few gigs. She brings plenty of energy to the performance with her tambourine!

Mark's clinical and patient approach to playing bass is something you'll only see in old magazines! Took time away from his usual combo Doctor Ironmonger & The Medics to play at Willfest 3 in 2019.

Vicky brings a whole new dimension to U-Turn with her amazing violin / fiddle playing. A regular jammer with us, her first gig with us was at Horsmonden Social Club at Live & Local.

Bringing some fresh ideas to the bongos, Nick aka DJ Oxygen, is a musician and artist all the way from Buckinghamshire! Debuted at TJs Beer Festival and played at The Halfway House Beer Festival.

Regular Jammer @TheGun, Paul was on hand to help us out at very short notice to fulfill a charity gig at The Plough at Leigh. Turned out he knew most of the songs from Jam Night anyway!

Paul played keyboards with us for Peaches by The Stranglers at Pinstock 2019, a boutique outdoor festival he organised under his psedonym Paul Star DJ. Paul initially joined us at Jam @TheGun for a quick run through!

Our youngest recruit bringing U-Turn a new dimension to our rhythm section on his debut at Unfest 2019! Regular with our friends at Infrared – a very talented originals band.

Sings sweet backing vocals when relaxing away from the stresses of Yoga! 🙂