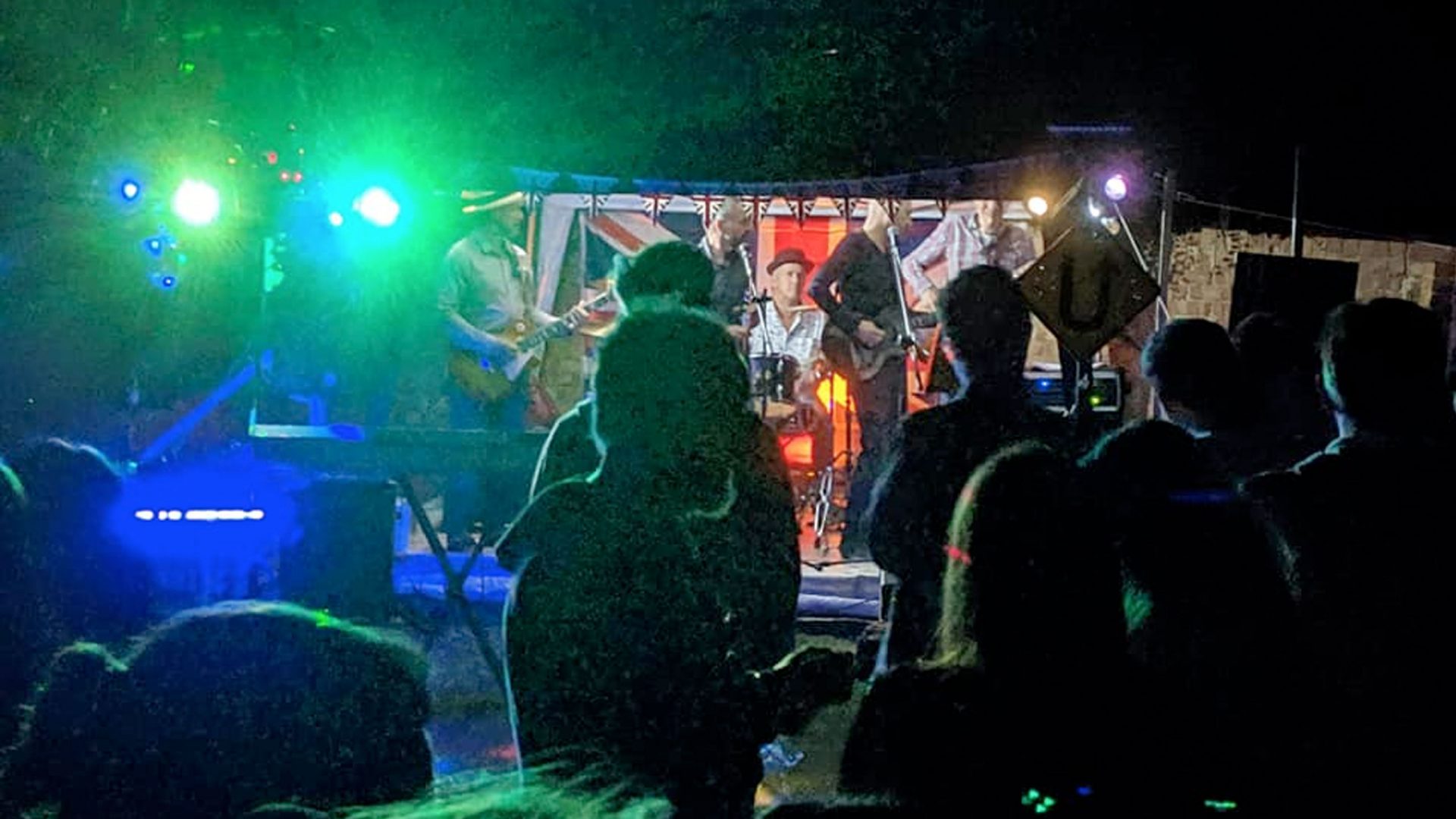 Playing outdoors at a private party

We played outdoors again, this time at Pinstock Music Festival, a private party in Horsmonden. The gig was set in a walled garden with stage, lightshow and even its own beach! We played for an hour and a half in warm summer evening weather and were joined by Paul Roberts on keyboards for Peaches by The Stranglers. Local band Rude Susan also played at Pinstock.

We didn’t get the best starting conditions after Tim had to drop out with illness about an hour before start. However, we were able to adjust the set and get Rob to sing a few to help Chris out. I don’t think those there noticed but here it is for the record!

Paul Star DJ was MC for the night and was responsible for the fantastic light show, cool vibes and fantastic stage set-up. He specialises in Garden Parties and mixes unique sets based on your taste.