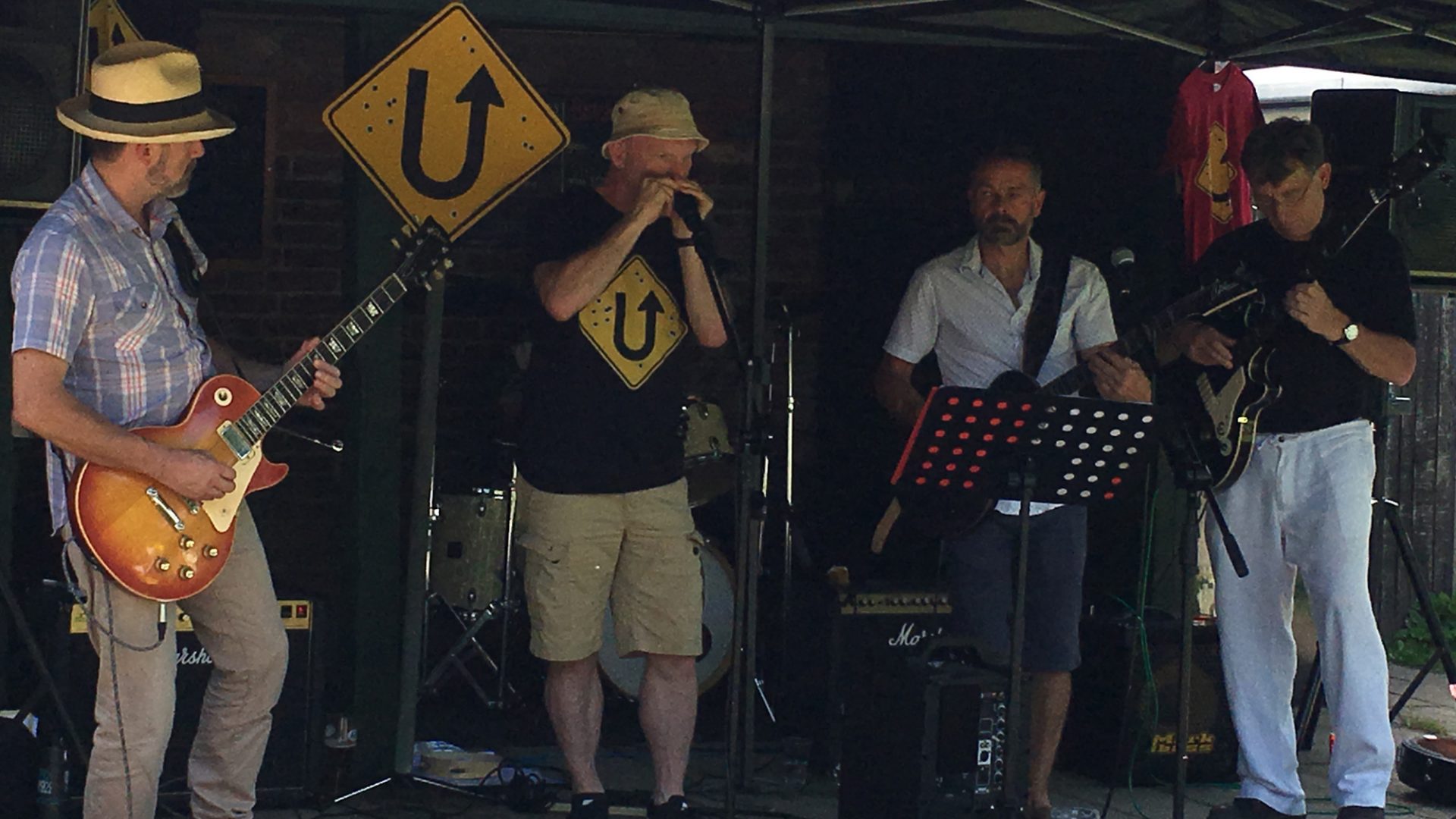 Opening The Royal George as a pub again

We were setting up in the garden in blazing sunshine and this turned out to be the hottest day of the year so far. Some kind locals lent us their gazebos which made playing a long set more feasible.

In fact we played for over two hours and had a very pleasant afternoon. During our break we tried the Malaysian food taster buffet which was delicious!

Break for beer and Malaysian buffet!