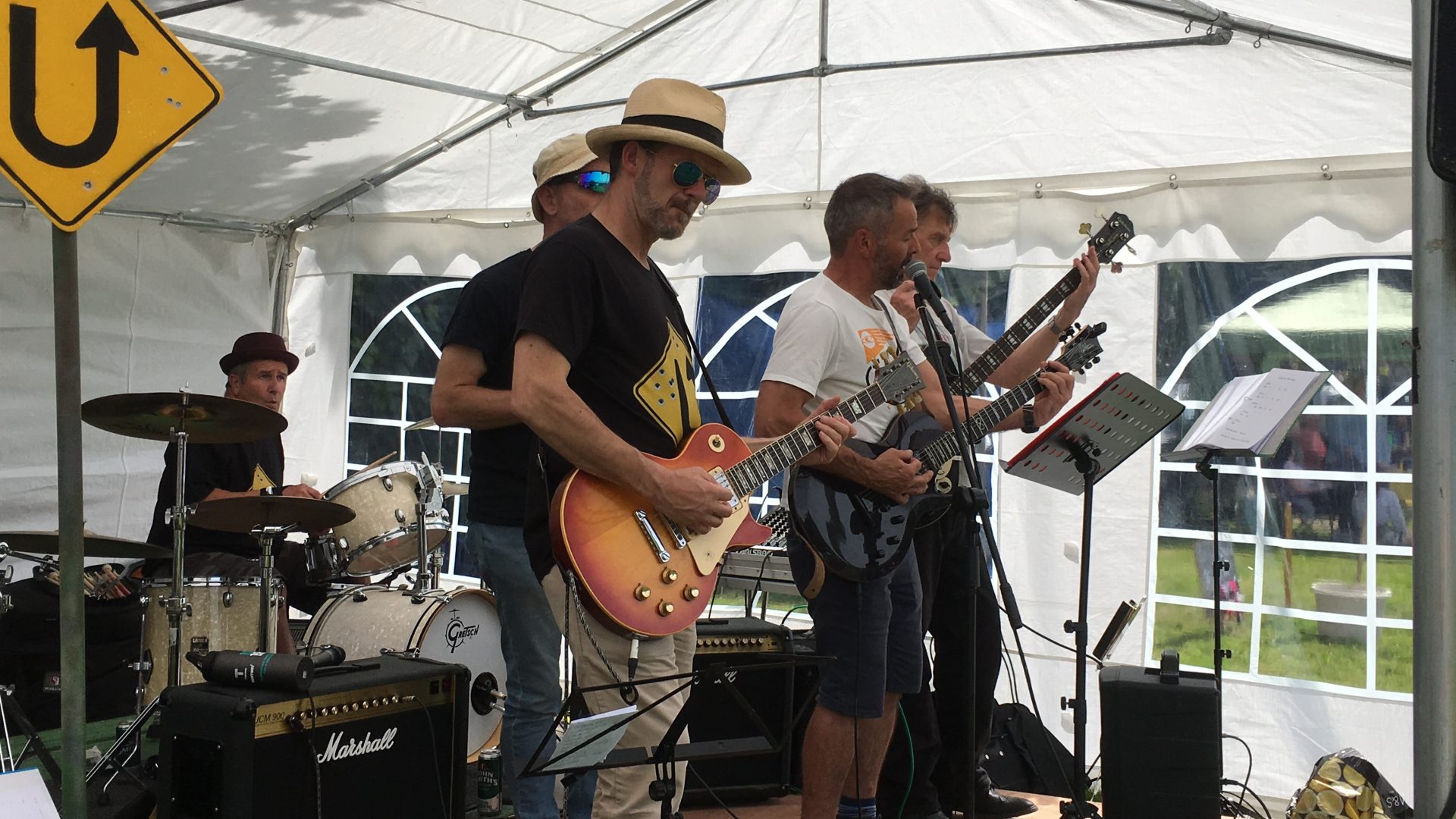 Marquee gig at the fete

U-Turn were invited to play at the Hurst Green Annual Fete on June 1st which we were pleased to accept. The gig was going to be played outdoors so we had everything crossed the sun would shine that day – wow it turned out to be an absolute scorcher!

The sunshine brought the crowds out and we had a lot of fun playing a couple of sets of about an hour each – a conservative estimate!

We were lucky enough to have vocalist Sue Lovell in the audience, so were able to get her up for a couple of impromptu songs which went rather well considering. She became U-Turn’s de facto Special Guest since we hadn’t got one this time! Nigel Sales was on hand too with his camera skills to get the photos and videos – even uploading them to Facebook – Thanks Nigel!

It was real rock and roll with the band switching from cans of beer to tea and cakes from the PTA marquee cafe! …they were that good!

Break for tea and cakes!