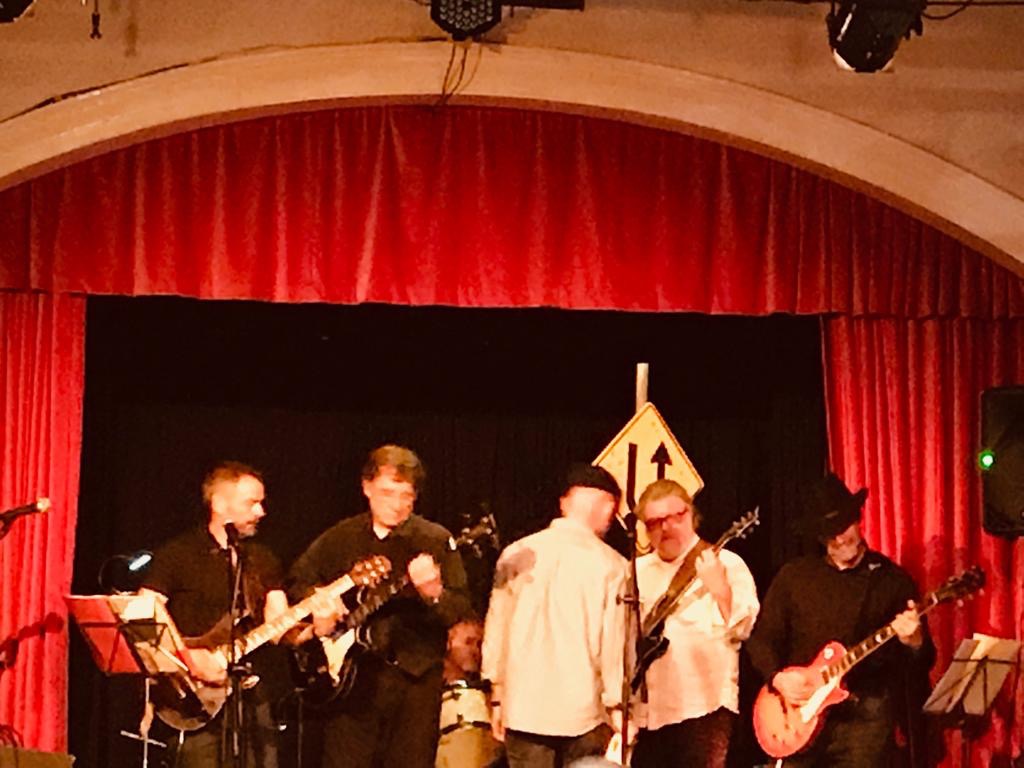 Benefit gig for Hospice in The Weald

U-Turn were asked to play at a benefit gig for the Hospice in The Weald organised by the Hawkhurst Bowls Club. We formed up with Neil, Chris, Del and Mark Ironmonger on bass, making his second appearance for U-Turn. There were special guest appearances by Van Greg aka The Axeman from Athens and Steve Large.

Also playing were Guitar Jules, Rupert Lovell and Piano Man. All in all it was a really fun night and the audience enjoyed themselves taking to the dance floor as they do.