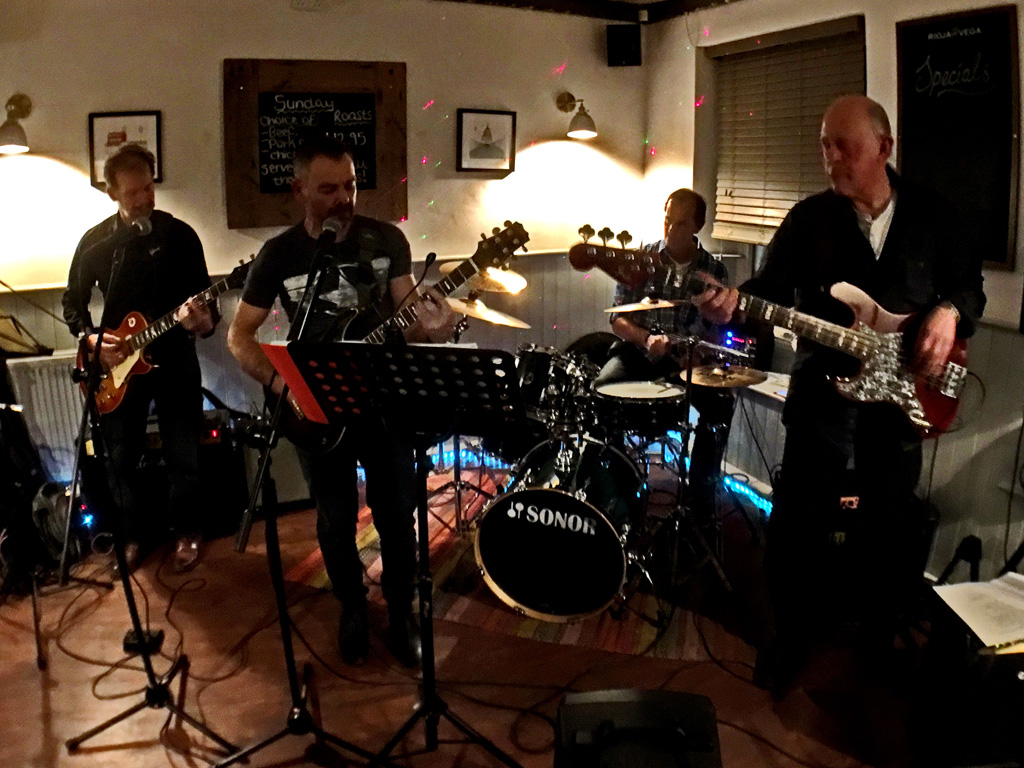 U-Turn played at The Unicorn in Marden on the occasion of Chris’s birthday. With not a lot happening in January gig wise we thought this would be a good opportunity to play and test out songs and kit set up. We were joined by several musician friends who joined in. Josh played some blues in the interval and was joined by Van Greg aka The Axeman from Athens.

Rock me Baby
Got the Blues
The Joker – Steve Miller Band